Barbara Chenicek OP and Rita Schiltz OP
In 2003, the Fra Angelico award was given to the Adrian Dominican Sisters: Barbara Chenicek OP and Rita Schiltz OP. They have been working together for years creating sacred space that utilizes lighting and structure to produce a contemplative atmosphere in INAI studios. The designs of worship environments emanating from their studio are marked by simplicity of form and focus. Their home base, INAI Studio is located in Adrian, MI. A walk through their studio is a walk into a contemplative and holy space.
Their work is known internationally. Hear their 40 year story  and photos of  their work. In the June 6-19 , 2014 section Mission and Ministry of the National Catholic Reporter, Rita Schiltz OP and Barbara Chenicek OP from Adrian were given a large article with wonderful pictures to celebrate their 40th anniversary at INAI Studios.  Barbara joined the fullness of God's creativity in fall 2015. 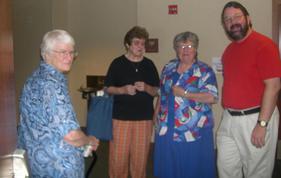 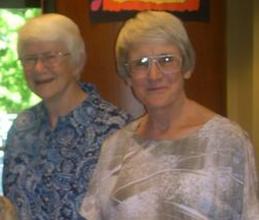 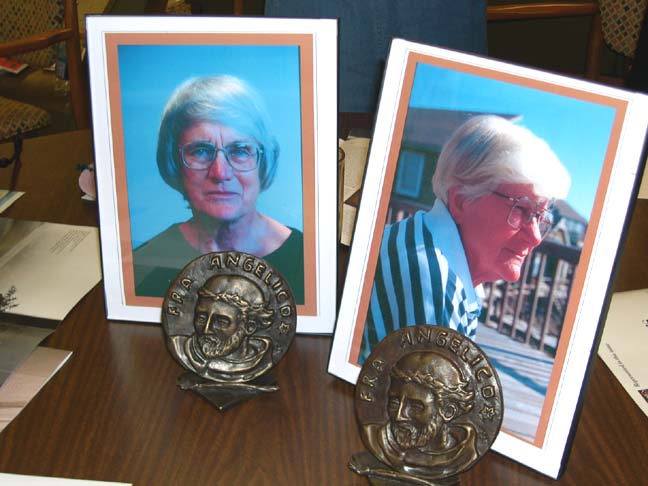 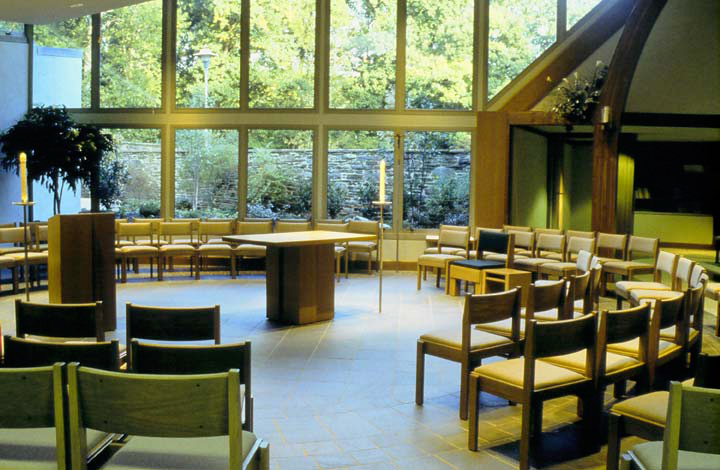 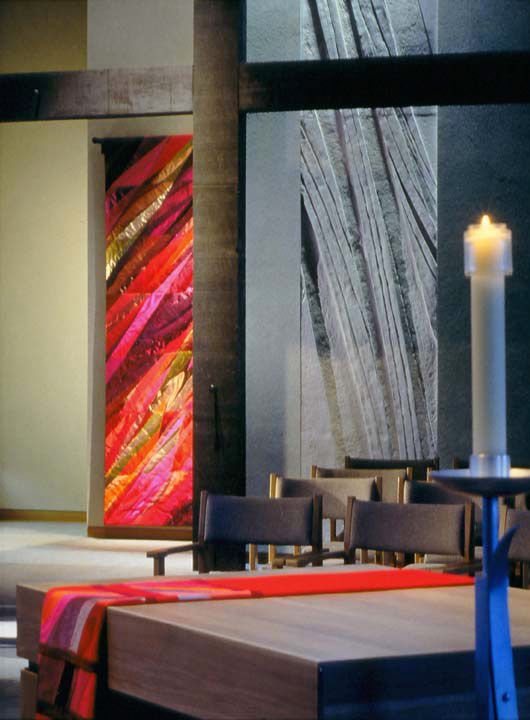 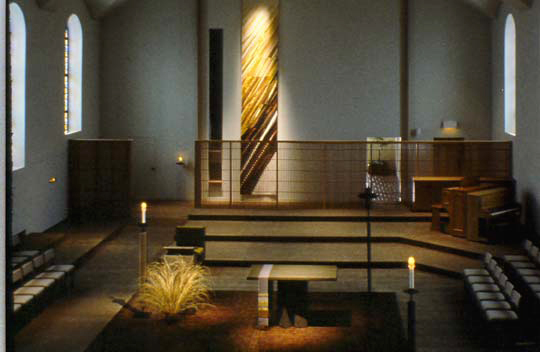 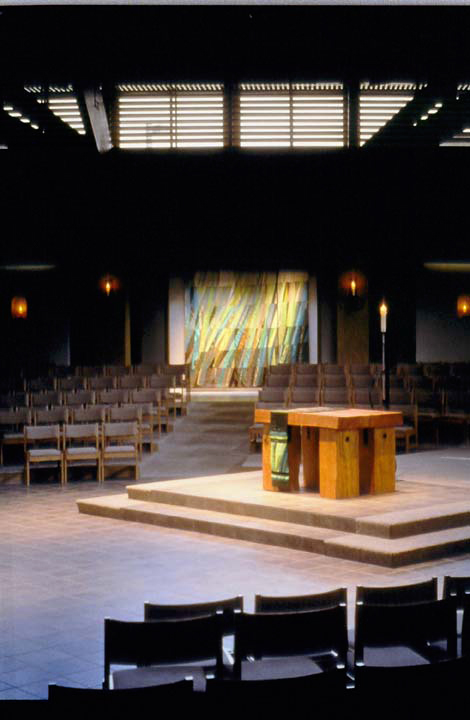 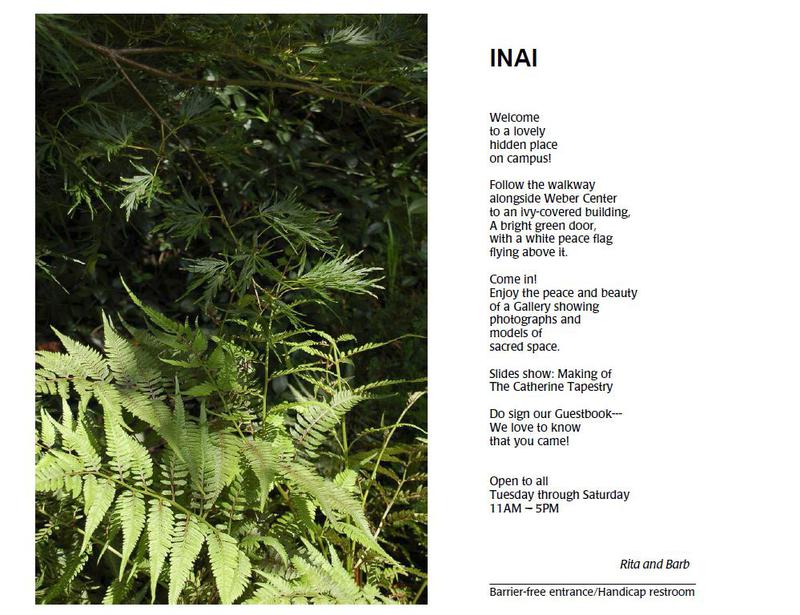 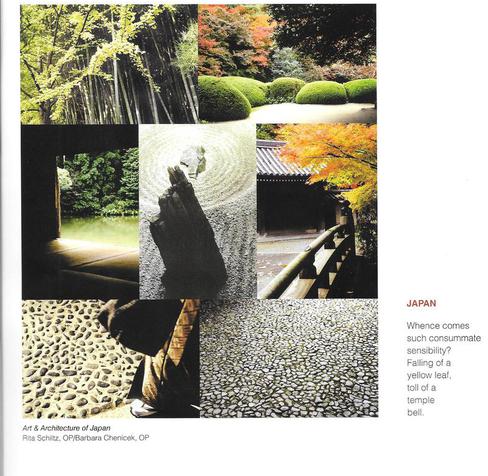 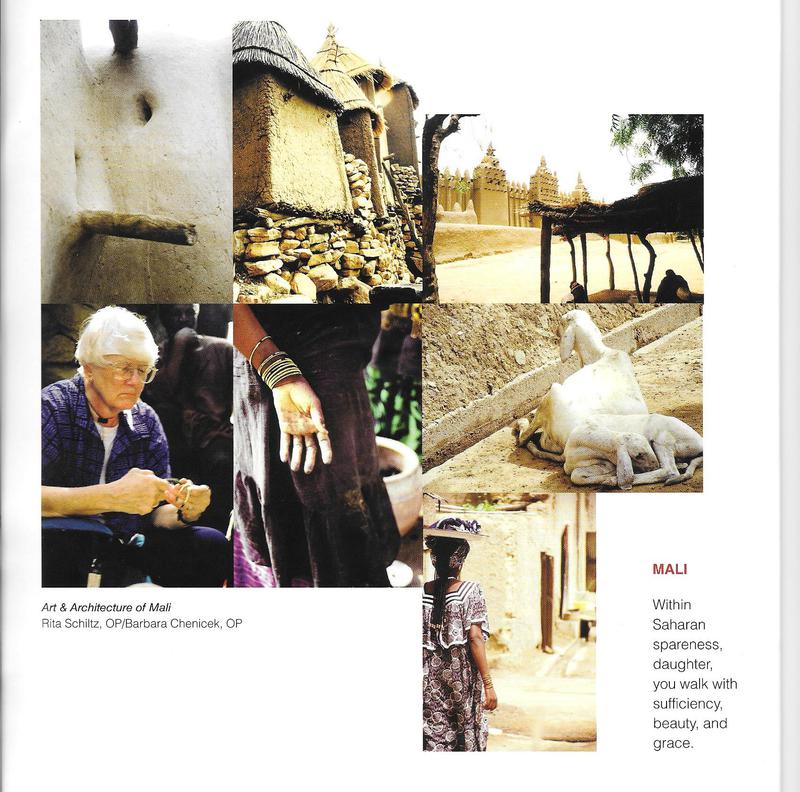 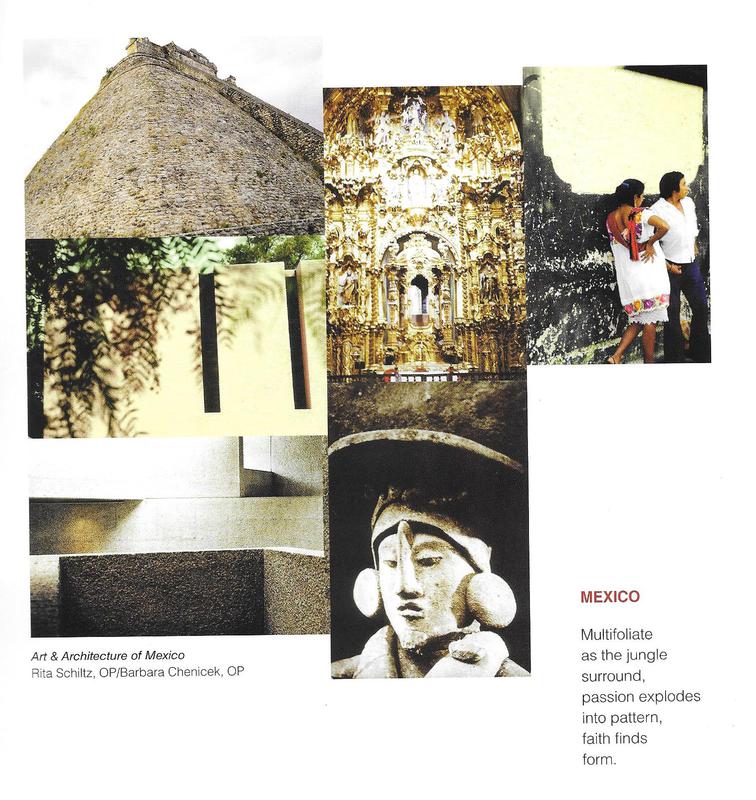 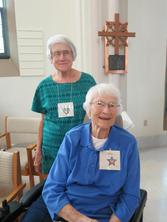 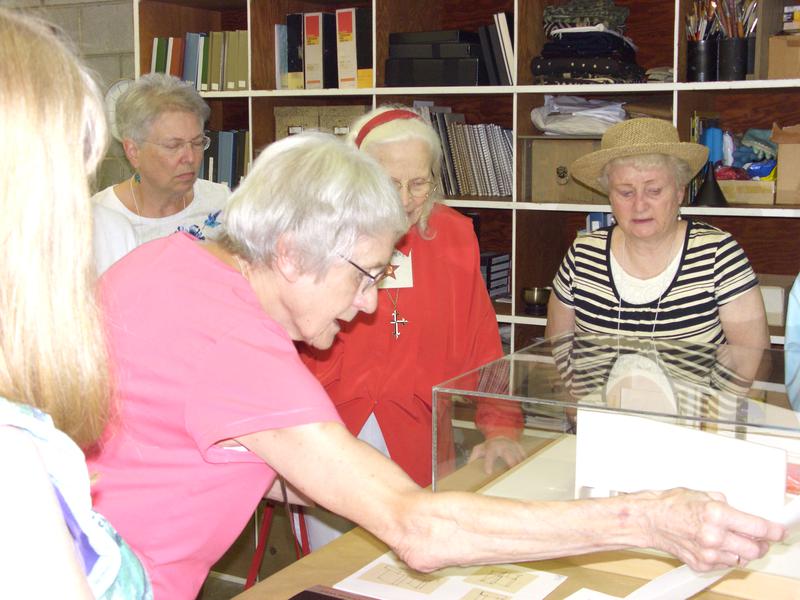 Barb sharing the studio in a special workshop at the
Adrian Gathering in 2014. 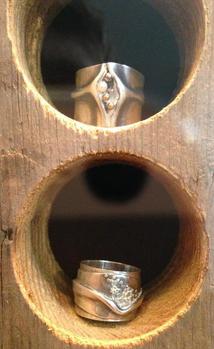 Rita's Metalwork rings
Rita Schlitz OP
Sister spent 24 years ministering in education in Santo Domingo, Dominican Republic; Rockford and St. Charles, Illinois; and Miami Shores, Florida. This includes her ministry at two Congregation institutions: Barry College (University) in Miami Shores, Florida, for 5½ years and St. Dominic College in St. Charles, Illinois, for seven years
Sister Rita and the late Sister Barbara Chenicek co-founded INAI Studio in Adrian in 1973. For more than 40 years INAI (Japanese word for “within”) Studio served as the center of their work designing sacred spaces for chapels and churches. Examples of their work can be found throughout the United States: in Maryland, Kansas, Michigan, Maine and Texas.
Sister Rita moved to the Dominican Life Center in 2013. She is survived by a brother, Richard Schiltz (Charlene) of Carmichael, California, and her Adrian Dominican Sisters. She was preceded in death by her parents; three brothers, William, Robert, and Nicholas; and two sisters, Mary Louise and Dorothy O’Connell.